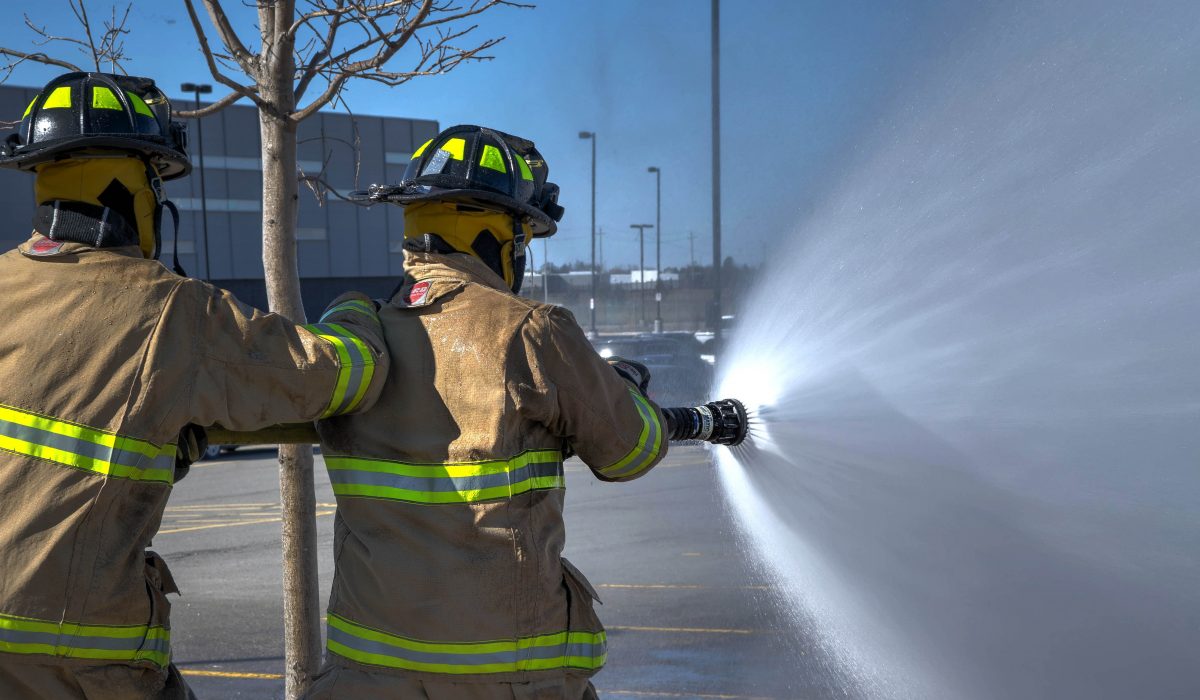 Why Do Firefighters Use Mist Instead Of Water?

Water mist is the most effective solution for fighting fires as it removes heat and oxygen from the fire triangle by suffocating the fire and can fight fires by removing the heat and oxygen and allowing the water mist to interact directly with the flames.

The reason firefighters may use mist rather than dousing a fire with water is because the mist has a higher rate of heat extraction which has a cooling effect on the temperature of the fire. The Mist also helps to limit the spread of smoke. Depending on the type of fire and the spread of fire, the pressure applied to the mist can vary from a low pressure to a high pressure.

In 2016 the Greater Manchester Fire and Rescue Service tackled a huge moorland fire using an ultra-high pressure lance to spray water mist over the grasslands to control the fire. Moorland fires can spread quickly and cause catastrophic damage. The use of water mist to tackle this blaze meant the temperature was reduced at a quicker rate as opposed to other agents.

What’s the difference between water mist and sprinkler system?

Water mist systems and fire sprinkler systems are designed to work in the same way in the event of a fire. Both fire protection systems will work to suppress a fire and the chances of it spreading however, the way each suppression system works to do that differs.

A mist system has smaller water droplets than a traditional sprinkler system. When activated water mist will spray the surface area with smaller droplets which will create steam when met with fire. The steam created will absorb the heat at a faster rate than a sprinkler system which extinguishes fire by drenching the fire and the surrounding area with water. 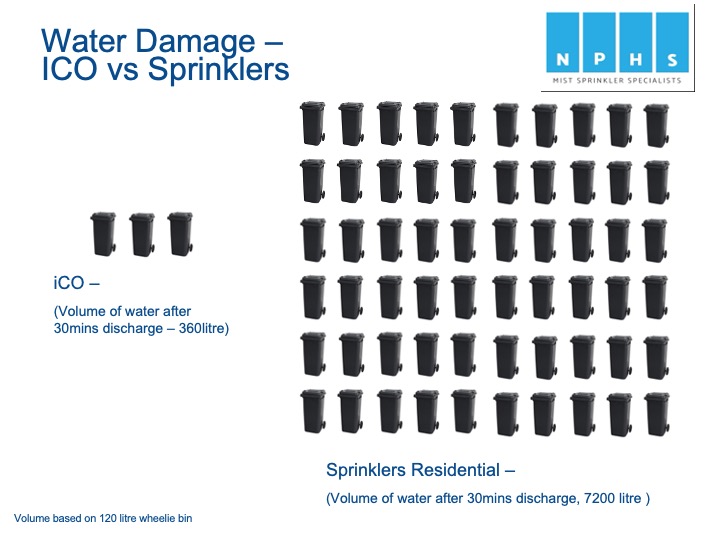 Find out more about the benefits of water mist systems here.

Why is fire safety important?

Fire safety is important as it minimises the damage caused by fire, protects people, and reduces the risk of injury. It is important that fire safety protection systems are installed and considered in all types of residential and domestic buildings including offices, high-rise buildings and new homes. Building safety measures including installing water mist sprinkler systems will protect your employees and your business.

If you are a business owner wanting to take the necessary steps to ensure you have the correct fire safety protection in place, Get in touch today to discuss your needs.

If you are wanting to ensure your property has the best fire protection systems installed it is important that any water mist system installed in your property is done by an accredited installer. NPHS offers bespoke design, fit and installation of water mist fire suppression systems for your property. We guarantee a free no obligation quote to understand your needs and how we can help you choose the best sprinkler system.