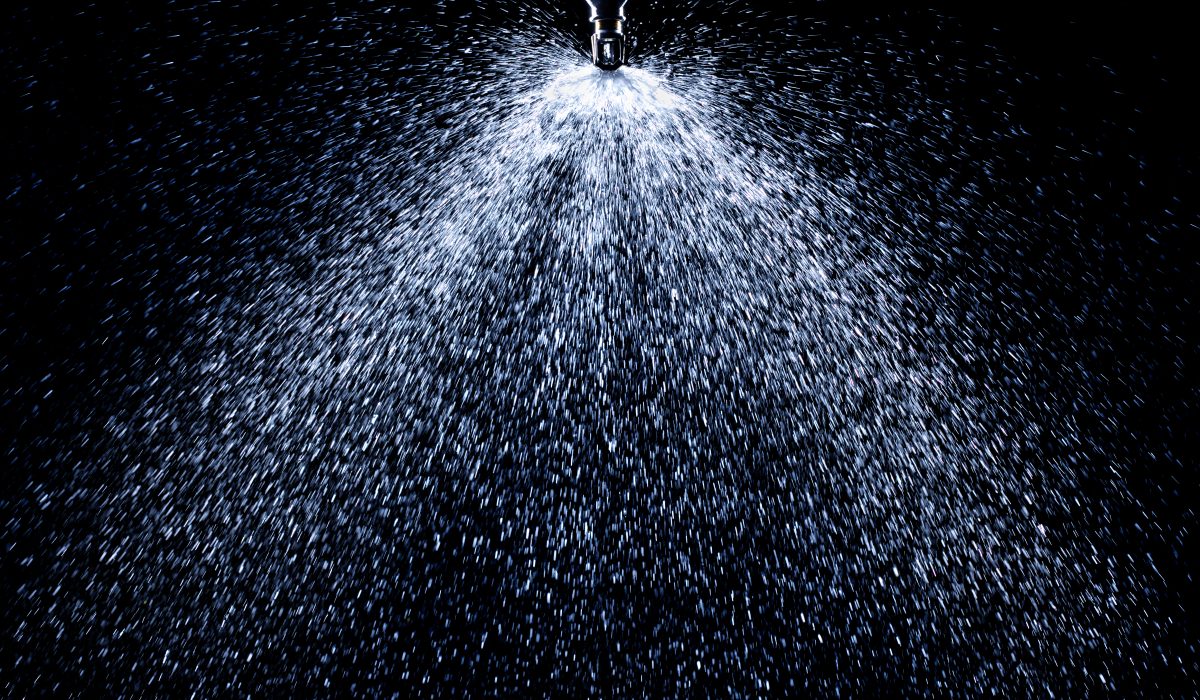 Everything to know about Fire Sprinklers

How do Fire Sprinklers Work?

Fire Sprinklers are an essential fire protection system designed to protect against fire and reduce damage to property and individuals. When a fire starts and the room temperature reaches 57 Degrees, the bulb inside the nozzle of the sprinkler head breaks as it detects the fire. This then signals the release of water which works to extinguish the fire. Depending on the type of fire detection system you have installed, the release of water will differ.

A Mist Sprinkler system will only release small droplets of water as opposed to a traditional sprinkler. When a fire occurs, only the nozzle that is closest to the heat source will be activated as opposed to all sprinklers being activated – a common misconception. If the fire had spread quickly then multiple sprinklers would set off and work to target the fire. The mist droplets will work to cool down the heat until the fire has been fully extinguished.

1. Fire Sprinklers are set off by smoke

A big misconception about fire sprinklers results from Hollywood movies. Mist Sprinklers are heat-activated. Read our blog post about the impact of smoke here.

2. Burnt Toast can set off a sprinkler

Burnt Toast will NOT set off a sprinkler, it may set off your smoke detector, but it will not activate a water sprinkler unless the temperature of the burnt toast is 57 Degrees which is unlikely.

3. Water damage is as bad as fire damage

Any damage can be bad as the result of fire however, iCO Water Mist Sprinklers use a drastically less amount of water when discharged. Fire damage can lead to mounds of smoke and burning of materials resulting in pollution. Water Damage is still significant especially if you use a traditional sprinkler. A mist fire sprinkler system, specifically iCO, during a 30-minute discharge will result in 360 litres of water however, a traditional sprinkler results in up to 7200 Litres!

4. Sprinklers can go off accidentally

Setting off mist sprinklers accidentally is rare. You can’t physically press a button to set it off. It solely relies on heat reaching a high temperature to be activated. With your chances of being struck by lightning at upto 2 million to one, versus the likelihood of a fire sprinkler going off accidentally at 16 million to one, we don’t think this is anything to worry about.

5. Fire sprinklers can go off if you hit or touch them

Traditional pendant type fire sprinkler heads are much more susceptible to physical impact and as such are not recommended, especially in residential buildings, care homes and schools for example.

Sprinkler systems may seem expensive to many people but when you think about the costs of repairs you would have to pay if your house was on fire without any protection systems, then you wouldn’t see sprinklers as expensive! You can’t predict when a fire can start. Maybe it starts when you are not home or is accidentally caused by fire hazards.

Water Mist Sprinklers are newer to the market than traditional fire sprinklers however, they provide many benefits including:

Find out all the benefits of our mist sprinklers here.

If you are wanting to ensure your property has the best fire protection systems designed and installed it is important that any water mist system installed in your property is done by an accredited installer and the fire protection system is tested to British Standards. NPHS offers bespoke design, fit, and installation of water mist fire suppression systems for your property. We guarantee a free no-obligation quote to understand your needs and how we can help you choose the best sprinkler system.

Fire Hazards in the Home